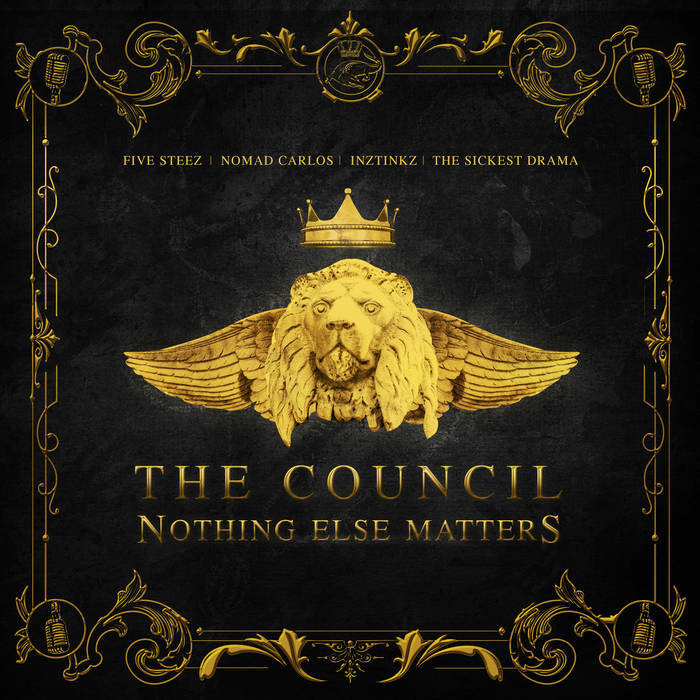 Stefan aka That Hip Hop Guy

Straight out of Kingston, Jamaica, comes an epic body of work from a group of lyricists who have upheld the essence of Hip Hop in their city for many years. The Council, formed in 2015 by long-time collaborators Inztinkz, Five Steez, Nomad Carlos and The Sickest Drama, has finally released the 16-track album Nothing Else Matters, exclusively on Bandcamp (bit.ly/TheCouncilAlbum).

Nothing Else Matters, produced and mixed by Inztinkz, with art direction by Jomé Anderson and Warren Buckle, features hard-hitting, neck-snapping drums and majestic instrumentation, matched by superb rapping, articulating an unheard ‘third world’ perspective, but a narrative similar to other cities globally.

Nothing Else Matters goes only a few minutes past the one-hour mark. The project showcases a variety of sounds and topics, tied in sonically and thematically, with a Jamaican perspective being the common thread. An album with such depth and diversity is rare in Hip Hop today, and is ground-breaking coming from Kingston. With this effort, The Council has proven its place in the upper echelon of MCs and has represented its city in a new and creative way.

Bandcamp Daily  your guide to the world of Bandcamp

Guest hosted by Tamar Osbourn aka Collocutor and Toshio Matsuura.